Learn the ins and outs of React WordPress theme development

In this post, we are going to discuss the specifics of building a WordPress theme with React. We will also show you what value the WordPress React theme development brings to the table.

Content is king. Every site owner knows this truth. Just creating content is not enough, though. You also need to be able to manipulate it efficiently: add it to your site, edit it, or remove it.

At the dawn of the Internet era, working with content was hardly a job for ordinary users. However, everything changed when the first content management systems (CMS) came into play. They allowed ‘mere mortals’ with no prior experience in using digital technologies to perform basic operations with website content easily and quickly.

Of these, WordPress is one of the oldest and most popular platforms. Millions of websites of all types, from blogs to online stores, are based on WordPress. What makes this CMS so attractive in the first place is the convenient, intuitive admin panel. It enables site administrators to handle both the back-end and front-end tasks effortlessly.

A few years ago, a monumental shift occurred in the WordPress landscape. REST API was added to the system’s core. Now, WordPress development teams have their hands free to work with other technologies apart from PHP and HTML to create custom WordPress themes.

The WordPress front-end has been decoupled from the WordPress back-end, can be developed independently, and can even run from a different server. This has created a plethora of opportunities. Developers have started using various JavaScript frameworks to build custom WordPress themes or enhance existing ones while still leaning on WordPress to retrieve and send data to the database.

One of the most well-liked of these is React.js, a JS library released by Facebook in 2013. Let’s see why.

REST API: The Architectural Style that Enables Developers to Create a WordPress Theme with React

When talking about building a WordPress theme using React, we can’t avoid explaining the cornerstone concept that makes this all possible — REST API. In the previous versions of WordPress, REST API was implemented as a plugin. Now, it has been added to the system’s core. This is one of the most revolutionary enhancements that WordPress has ever experienced.

API stands for an Application Programming Interface. REST, in turn, means the Representational State Transfer and is, in essence, a number of rules that define how a website data should be manipulated (creating, reading, updating, and deleting) in the form of collections and objects.

Every WordPress data type is represented by the so-called endpoint or URL of that specific type. For example, the base route of posts is /wp/v2/posts, while the base route of themes is /wp/v2/themes. When creating  a WordPress theme with React or a similar JS framework, you can use these endpoints within the code to manipulate data in the database.

The data itself travels between the back-end and front-end as JSON objects. JSON stands for JavaScript Object Notation. It’s a handy document format that contains JavaScript objects with key-value pairs. Values can be represented as other JS objects or arrays of objects. Here’s an example:

It’s like a TV remote control. You press the power button. The signal is sent to the TV to turn on, and you start receiving information. We can say that an endpoint is the button and the corresponding JSON object is the signal.

You have no idea how this signal is processed inside the TV. All you care about is the information. The remote control is the interface that enables you to communicate with the TV by pressing different buttons.

When you have a WordPress theme with React that drives it, the REST API serves as the interface through which you connect to the database and perform operations on the data. Two things to note:

We have already touched upon some of the value that the REST API brings to WordPress site owners: the front-end and back-end are now clearly separated. You can have two different development teams working from different locations and running their parts of the site from different servers.

Some other advantages include the following:

These arguments should be strong enough to convince you to take advantage of the REST API in your next or current project. Why build a WordPress theme with React, though, when you can use other technologies as well? Here is the answer.

The React WordPress Theme Development: The Best Option for Your Site

We have already highlighted the main strengths of React in one of our previous posts. Let’s go over the key points that make React a great library for building WordPress themes.

The WordPress Theme Development with React is Fast and Easy

WordPress developers greatly appreciate this feature of React. If you take a look at the syntax, called JSX, it looks like JavaScript code with HTML inside it. In addition, everything in React is a component, which incorporates the logic, structure, and visual presentation in one location.

While this violates the separation of concerns principle, developers quickly come to grips with this concept and find it convenient.

Anyone familiar with JavaScript and HTML can grasp the basics of React fairly quickly, although it may take a while to master some advanced stuff. The simple syntax and familiar technologies make React WordPress theme development quite fast (again, some tasks such as implementing server-side rendering may take longer to handle). This contributes to reduced development costs.

You Can Use Many Available Components

Another great thing that expedites React WordPress Theme Development is the ability to use many components from one project in another. Just like Lego building blocks, WordPress developers can take one ‘cube’ and insert it into a different site.

Of course, there can be specific features that are hard to port to a different project painlessly. When it comes to simple components, though, this is quite possible. The best thing: all of these building blocks are not interconnected and, thus, can be altered without the fear of breaking something in the others.

Only the Components in a WordPress React.js Theme That Have Changed Are Redrawn

React.js implements the concept of the virtual DOM. As you might know, manipulating real DOM is a time and resource-consuming process. Say you have a group of six checkboxes, and you have checked one of them. With Vanilla JavaScript or a framework other than React, the entire group of checkboxes is reloaded to reflect the changes in the DOM.

If you have chosen to create a React app for a WordPress theme, by contrast, only the selected checkbox will be redrawn in the DOM. Why? For each and every real DOM object (e.g., checkbox or radio button), React provides an identical virtual DOM object that has absolutely the same properties.

However, it’s just that: “virtual.” It’s a “ghost” copy of the real object, which is used only for comparison purposes. Once a checkbox is selected, React redraws the entire virtual DOM. Unlike the real DOM, virtual DOM is re-rendered lightning-fast, as it has “no flesh and bones.”

Then, React compares the new virtual DOM with the DOM version that existed before the checkbox was selected and redraws only that checkbox in the physical DOM, ignoring the rest of the page elements. This creates rocket-like themes.

These are just some of the great features of React.js that convince more and more site owners to have React themes for their WordPress projects. Read another of our posts to learn more about React’s merits.

Just like any other technology, though, React is not without drawbacks, but they are few and minor.

As fast and efficient as React is, it’s a relatively new tool. Its initial release took place just 7 years ago. This means that the platform is still in the active development phase. Issues and bugs are not rare.

That said, with every new version, React is growing more mature and robust. The React development community is already quite substantial. This means that WordPress theme React developers should easily find solutions to their problems.

Just by connecting React.js to WordPress through REST API doesn’t mean that your site will be working really fast. This is because the React app still needs to retrieve lots of data from the database, especially if the user interface is very complex.

Therefore, to build a really fast WordPress theme with React, developers need to go the extra mile. For instance, they may have to create an indexer to populate a single document with lots of frequently used data from the database. There are other workarounds to make the React-WordPress combination more efficient.

If this all seems overwhelming to you, the PSD2HTML WordPress development team will handle the React WordPress theme development for you from start to finish. We have been working with React.js for many years and created multiple custom WordPress themes by leveraging the power of this advanced technology.

Feel free to contact us for any WordPress or WooCommerce theme development tasks. We always look forward to providing our high-quality services to you!

It has been possible since the REST API functionality was added to the system’s core a few years ago. Now, with the back-end and front-end decoupled, WordPress developers can use various technologies to build custom WordPress themes. One of the best options is React.js. It can make http calls to the WordPress back-end and exchange data with it through JSON objects.

What are the main advantages of React for building WordPress themes?

Can React be used to create custom WordPress themes?

Yes, it can. This is actually the best value that React.js can bring to WordPress site owners. Instead of installing a ready-made theme and trying hard to customize it to meet your business needs, you can build a React.js WordPress theme from the ground up. This will give you total control over every aspect of your site.

Does a React WordPress theme render well on mobiles?

Certainly. React is a universal solution. You can build React apps that will render immaculately on any device. 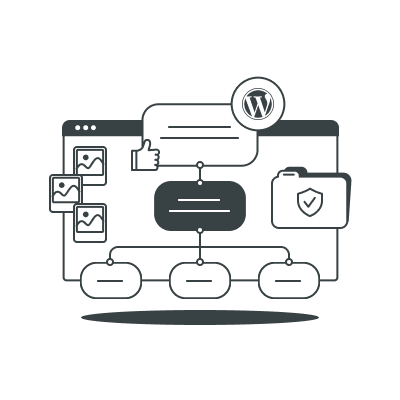 A WordPress Sitemap: Why You Need It and How You Can Make It

This post is a comprehensive guide on WordPress sitemaps. You will learn why you need a sitemap, what types of sitemaps exist, and how you can create one yourself. 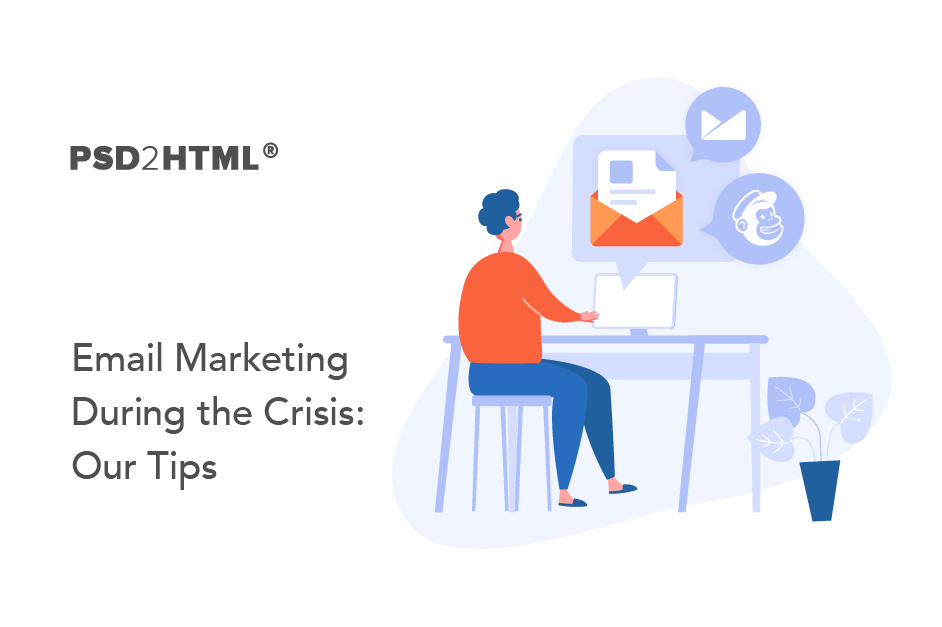 Email Marketing During the Crisis: Tips and Tools to Help Your Business Keep Afloat

As we are moving further and deeper into the economic crisis caused by the ongoing spread of the deadly COVID-19 virus, businesses are learning to adjust to the changed circumstances, trying to stay afloat. Over the past few weeks, one communication channel has proven to be particularly valuable for keeping in touch with customers — […] 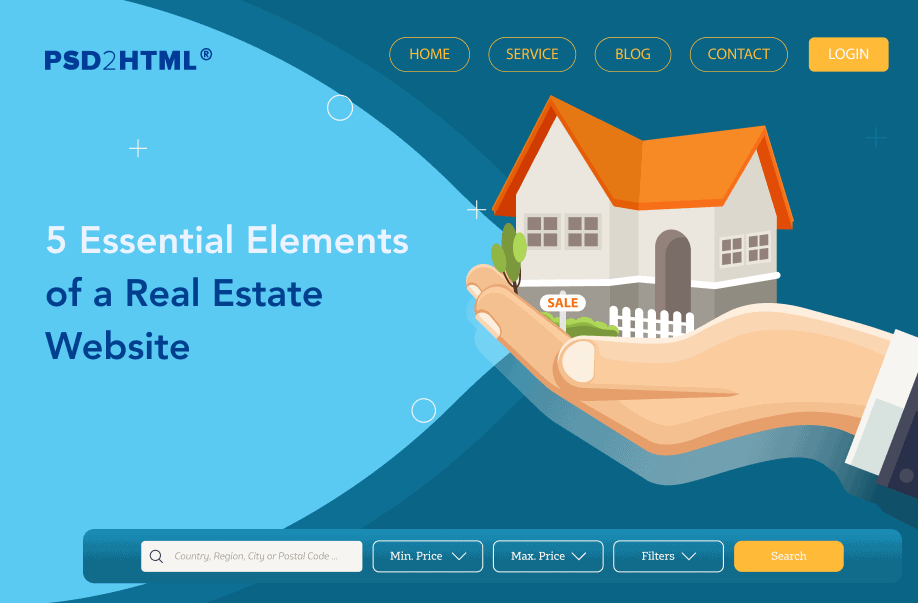 How to Build a Successful Real Estate Website: 5 Must-Have Elements