Great coding is all about using the right tool for the job. CSS is an awesome tool and you can get CSS to do some pretty amazing things without a single line of JavaScript. Check out these demos to see how you can push the limit with pure CSS. They are sure to get you thinking about what you can do.

Put the full power of CSS to work on your website. From buttons, to form labels and navigation, to animation, pure CSS can be pure genius. Don’t believe us? Check out these useful applications:

Navigation, Menus, and Tabs Oh My! This pen from the CSS Only playground uses pure CSS to create a hamburger style menu, carousel, tabs, accordions, hover effects, and more. And by more we mean much, much more! You’ve got to check this one out. You could add JavaScript, but why would you?

See the Pen CSS Only Playground by ekrof (@ekrof) on CodePen.15206

3D Toggle Switch. We don’t know which is cooler: the 3D effect, the color animation, or the fact that this toggle switch demo was made with pure CSS. There are so many places you could incorporate this!

One Button, Many Functions. Now here’s an innovative approach to the age old UI problem of presenting options. This pen creates a multifunction button out of a single button with just a single click. What a great idea!

Button Animations. Pure CSS is used to create button animations. The animation clearly lets the user know their vote has been cast and counted. We vote “Yes” for most creative use of pure CSS.

Floating Labels. Forms are easier for users to fill out with tips. Pure CSS makes the code easier to maintain. It’s a match made in heaven when CSS is used to create these floating text fields. This is one cool effect with many applications.

Preloading Animations. Keep users engaged with one of these animated preloaders. Preloaders only last seconds (hopefully!) but they deserve your full attention. This demo includes six preloaders styled and animated with pure CSS.

One Mixin Many Effects. Flat design is so last week. Just one Sass mixin and pure CSS gives you the ability to create trendy long shadows with different effects. This is great for websites, newsletters, and more.

Stuck in a rut? Summer heat and humidity can sap those creative juices. Here are some demos that show what you can create with pure CSS. They are as refreshing and inspiring as a cold drink on a hot day. It’s virtual lemonade for your creativity.

Background Cinema Effect. Ditch the static background and go for this subtle animation. Low opacity and animations applied to a couple of pseudo elements with background images give you a cinema affect that reminds you of when films were actually on film.

Inspiring Animation. Pure CSS drives 3 animations in one design. Barber poles, window shades, and clouds are all powered by CSS animations. Look ma – no JavaScript! If this doesn’t get you inspired then it’s time for a break.

Circle Animation. This animation demo was inspired by the recent Android firmware update. It’s a great example of what you achieve with pure CSS, keyframes, and a little creativity.

3D Animation. Use CSS to create animation in a flash without using Flash. It’s pure CSS powered by the transform-style property. This stunning 3D demo was coded in a mere 20 minutes; imagine what you could do in half an hour.

We hope these demos show you the power of pure CSS. Just add your own creativity and you can make some amazing things for the web. What have you created with pure CSS? Comment and let us know. 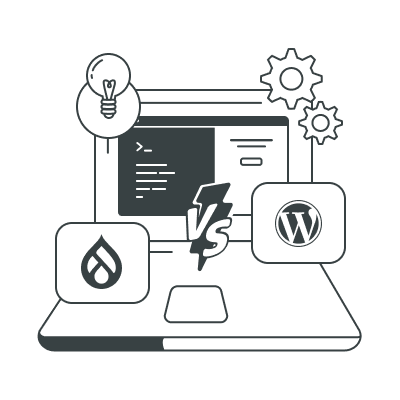 Drupal Vs WordPress: 3 Key Differences to Know Before You Make the Final Choice 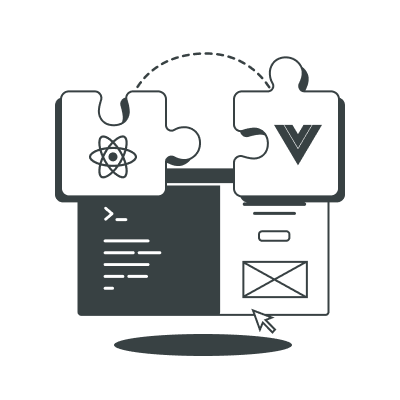 The Key Points to Consider When Choosing Between Vue.js and React.js for Your Business Project

React.js and Vue.js are popular frontend technologies for building fast and highly interactive websites. Just like any technology, they have their pros and cons. If you are trying to figure out which one is the best fit for your next web project, this post is for you. 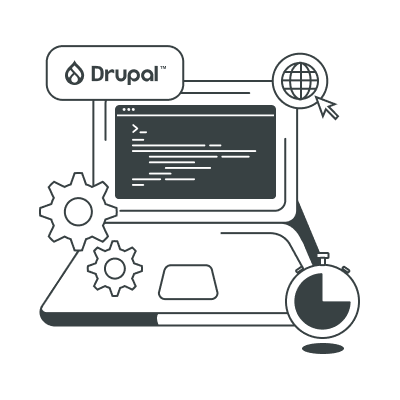 6 Essential Tips to Improve the Performance of Your Drupal Website

Have you noticed that your Drupal website is slow? Before you seek professional assistance to fix the problem, try some simple methods we have described in this post.