The world has considerably shrunk since people started using one of the most important inventions in the history of humankind — the Internet. As of April 2020, the number of Internet users globally was over 4.5 billion, and this number is only expected to grow as more people in developing countries join the worldwide computer network.

Such a gigantic digital population creates a lot of opportunities for online merchants. They can reach out to millions of consumers in the most remote locations to sell their products. However, this presents a challenge as well.

While English remains the most popular language among the worldwide Internet audience, its position is now quite shaky.

In practical terms, it means that online merchants must have their sites translated into the languages their potential or existing customers speak. Otherwise, they run a risk of losing a considerable portion of their target market and do their competitors a great favor into the bargain.

There are other compelling reasons why multilingual sites are indispensable for e-commerce companies. Let us have a look at the most convincing of those and explain why Drupal 8(9) is the preferred option for building these kinds of sites.

Why You Should Have a Site in Several Languages

Visitors Will Feel Confident and Trust Your Brand

No one wants to buy a pig in the poke. Visiting a site in a language they don’t know, consumers may feel a bit wary. They may hesitate to purchase an item simply because they may not be fully certain if the information about it is correct

Most consumers are more inclined to shop on sites translated into their native tongue, even if products sold on them are more expensive in comparison with similar sites in foreign languages.

In addition, when an online store offers several language options, visitors feel that it takes their interests into consideration.

This creates trust and loyalty. People will have a positive impression of your brand and keep returning to your site. More visits. More conversions. Higher sales.

Without people finding your site in the vast space of the Internet, your dreams of conquering the world of e-commerce are destined to shatter. While in an English-speaking country you can target just a few major search engines such as Yahoo!, in many other parts of the world you will have to deal with home-grown search tools.

For instance, the Chinese company Baidu is a fierce rival of Google in China. It’s focused on the local culture and language and, therefore, is the top choice of most people in China when it comes to looking for something on the Internet. Many other countries have similar tools.

If you keep your site single-language, this may adversely impact your search engine visibility. Those “native” tools will simply fail to find it since they mostly index content presented in the language of their country.

Moreover, when visitors come across a site with the interface and content translated into their mother tongue, they are likely to stay there longer. This is one of the key indicators that search engines take into account when indexing sites. Thus, again, you can hope for a more prominent place on SERPs.

You Can Earn Higher Revenue

Now, this is the ultimate goal, isn’t it? With every language you add to your site, you’re adding a new army of potential customers. All you have to do is come up with a list of markets you’d like to explore and adjust your site’s languages accordingly.

As we’ve said earlier, most people are willing to shop on sites translated into their own languages. The sum of these factors (a larger audience and desire to visit sites in a native language) can significantly improve your bottom line.

It’s no-brainer: an e-commerce site that covers a large international audience is more likely to be more profitable and successful than one that doesn’t.

You might say that other online stores may follow suit and also go the multilingual path. Yes, this is true. However, if you have a single-language site, you are definitely going to be the underdog. Therefore, making your site multi-language will at least put you on a par with other companies in your niche.

These four reasons alone are enough to prove the point: a multilingual site is a must. What to do next, though? Copy all the content, menu items, alt tags for images, and so on to a separate document, translate all of that manually, and then replace the original version with the new one?

Well, you could do that, of course. However, this method is error-prone. You may add a label to the wrong field, for example. In addition, it will take a lot of time and effort. There is a much easier and efficient way to achieve this goal: use Drupal 8 core localization capabilities.

Drupal 8: How It Can Help You Make Your Site Multilingual

In the past versions of Drupal, site owners had to make use of a number of different plugins to add the language of their choice. While Drupal 8 provides this opportunity too, it now has four powerful core modules to make the internalization process a breeze without resorting to third-party solutions.

You just have to enable these modules on the Extend page and start converting your interface, content, and configuration into French, Italian, Chinese, German, or another language from over a hundred available, depending on your target markets. Here is what exactly Drupal 8 allows you to do in terms of internationalization.

Translating interfaces manually is normally a boring, monotonous process where mistakes and omissions are quite frequent. Drupal 8 has changed this completely, enabling site owners to give the interface another language in just a few clicks by means of the interface translation module.

Once you install a language through the language module, you can see what portion of the interface (%) is already available in that language. If the target language is not widespread such as Vietnamese, expect the percentage to be lower than say if it’s Spanish or English.

Need to translate the remaining words and phrases in the provided translation? Just click the percent sign and do it through the handy editor’s interface. Not happy with what you’ve been given automatically? No problem. Change whatever you find wrong or incomplete through an intuitive user interface.

To translate all the textual content related to configuration fast and conveniently, Drupal 8 offers the aptly named configuration translation module. Editors can take advantage of the handy translation interface and overview screen to translate words and phrases in views, panels, field labels, and the like.

Content is king. Translating the interface and configuration is all good and well, but it’s the content that reigns supreme and actually turns visitors into customers. In this respect, Drupal 8 shines too.

Drupal 8 provides other great benefits for site owners who wish to extend their reach to the international audience, including the following: 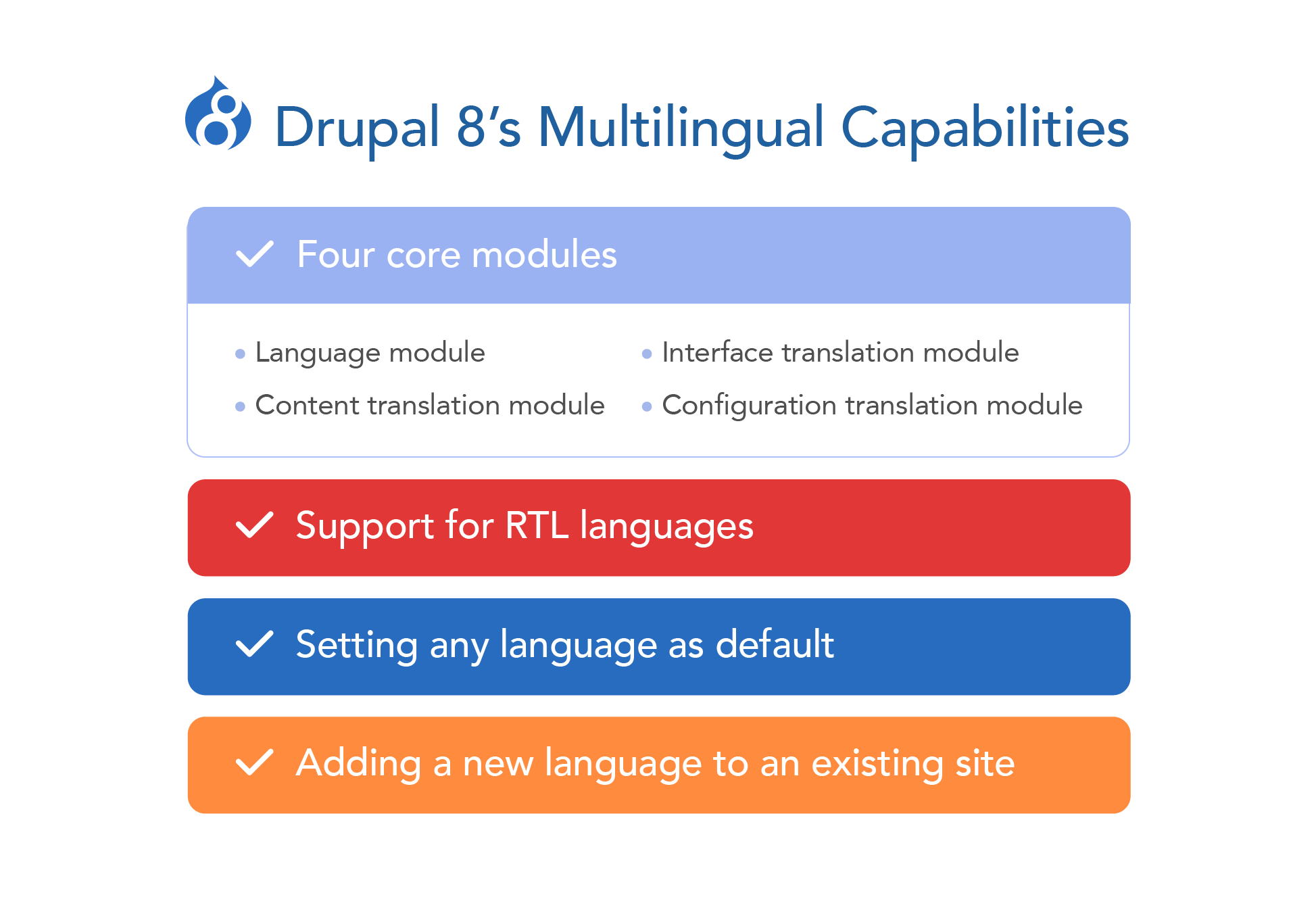 Globalization is only going to pick up speed as we head farther into the 21st century. Therefore, making a site multilingual has become vital for online merchants.

Drupal 8 is one of the best tools to automate and streamline the localization process. Thanks to its four core translation modules, this CMS enables site owners to add or remove languages and translate everything starting from content and ending with configuration easily. This makes Drupal 8 the top choice for building multilingual sites.

Even with such cutting-edge features, Drupal 8 translation capabilities can be improved and customized even further. For example, the default language module’s browser detection functionality can be configured with external language codes.

The PSD2HTML Drupal development team can help you fine-tune your site to make it easily adaptable to customers whatever language they speak. Our developers have extensive experience creating multilingual websites on Drupal as well as building Drupal multi-sites.

We also offer other Drupal development services, from building custom Drupal modules and themes to providing support for Drupal 7 sites and creating Drupal 8 solutions from scratch. Talk to us about your project today.

Tags:
Updated: December 22, 2021
Share Post:
« PSD2HTML Introduces a New Service: Presentation Design and Redesign
5 Questions About A/B Testing in Shopify: Learn How to Boost the Conversion Rate of Your Store » 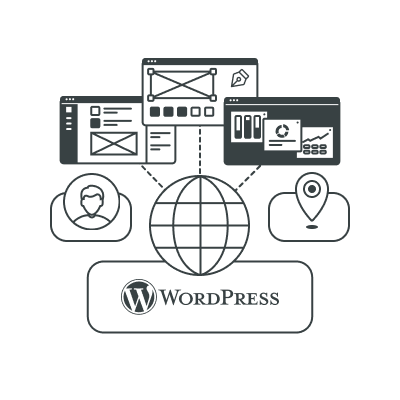 WordPress Multisite vs Single Site: Unveiling the Truth about the Controversial WP Feature

Is WordPress multisite a good thing compared to a single WP website? In this post we answer this question, describing all the pros and cons of multisiting. 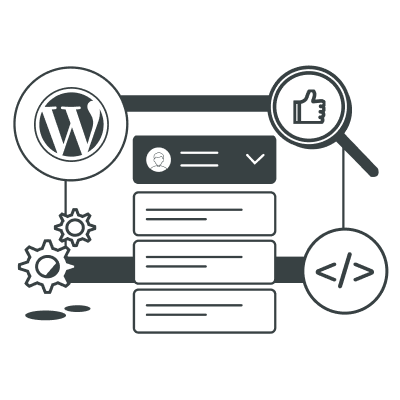 Creating WordPress Dropdown Menus: A Guide for Everyone

It's hard to imagine a website without dropdowns. It you want to learn how to create and add dropdown menus in WordPress, this post will teach you. 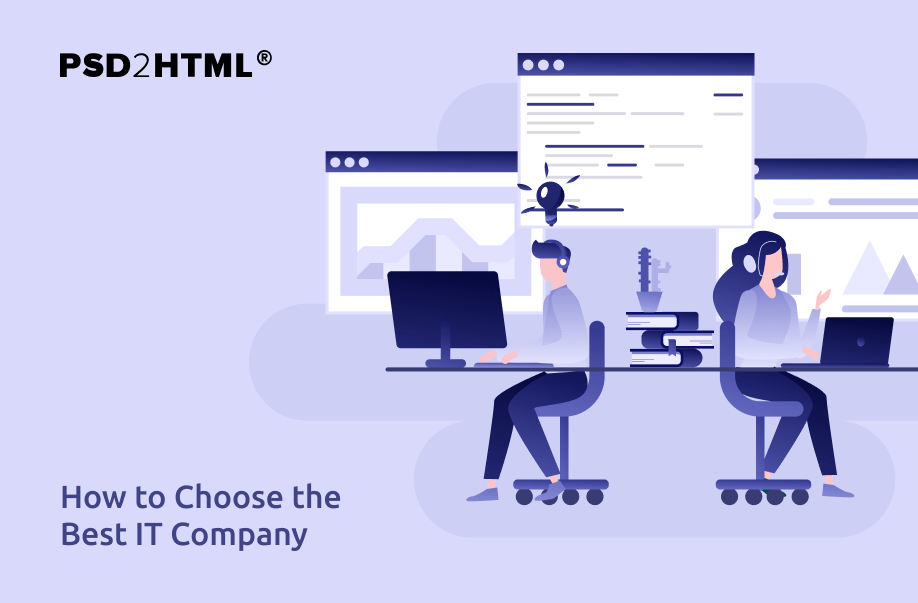 Choosing the Best IT Company: 8 Tips for Those Who Are on the Fence

Learn about the key criteria for selecting the best IT/web development agency on the market In this post, we will show you how to choose an IT company that will bring real value to your business. The selection process is two-fold. You need to do your homework first before you talk to the vendors you’ve […]