Why choose Angular 2+ framework for your next enterprise project this year and beyond.

In this post, we discuss one of the most popular JavaScript frameworks — Angular. We briefly touch upon its history, the transition from the AngularJS framework to Angular 2+, and explain why this tool is particularly suitable for building large-scale applications.

The digital world has seen many trials and tribulations throughout its relatively short history. Many technologies and tools popular a couple of decades ago are now buried and forgotten.

Take Flash, for example. Up until recently, it was the number one choice for building animated banners and websites. Now, it has been almost completely ousted by HTML5.

One technology, though, stood the test of time, came out victorious, and now reigns supreme in the boundless expanse of the Internet. This is JavaScript. According to the latest Stack Overflow developer survey, JavaScript has been named the most commonly used programming language for the eighth consecutive year.

Despite the unprecedented popularity of this programming language, building websites and apps with pure or vanilla JavaScript is not the simplest of tasks. For one, a front-end developer has to type or copy and paste the same complex code structures over and over.

This is not the worst headache, though. Once the state of an app changes (e.g., a user selects a checkbox), the whole of the user interface has to be updated. That’s a lot of work and a lot of time.  Front-end developers have to think about browser compatibility as well. All this often results in long development cycles and slow performance.

The community addressed the issue by creating JavaScript frameworks. These are superstructures built upon a platform — the JavaScript language. For a long time, the title of the most popular JavaScript framework was held by jQuery, which is actually a library. However, it was not perfect and couldn’t handle state across several views.

A few attempts were made to find an appropriate solution to this problem (e.g., Knockout.js). Finally, 2010 saw the birth of a new full-fledged JavaScript framework — AngularJS, offering cutting-edge features like two-way data binding. It was a real breakthrough in web development.

Angular 2+ — The Successor to the AngularJS Framework

The main benefit of AngularJS for front-end developers was the ability to turn “lifeless” HTML pages into “living,” dynamic content with little effort. Users could now work with web pages almost as if they were desktop software. That is, pages reacted to their actions immediately.

For around five years, AngularJS met most front-end developers’ needs. It still had a number of shortcomings, though, failing to address all the web  development pain points. For example, the performance of some apps was below par due to large sizes of Angular builds.

This brought about the emergence of new, lighter JavaScript frameworks and libraries with modern features. The Angular team had to rise to the challenge, and it did. Just about five years ago, the release of a new, improved edition of the AngularJS framework was announced.

It got the name of Angular 2 rather than something like AngularJS 2. This was because the new solution was a totally unique “animal.” There was no way to migrate automatically from one version of Angular to the other. They were worlds apart in the technological sense.

Thus, front-end developers were left with a choice: to switch to the new framework or continue using AngularJS. Most chose the former. This is clear from the same Stack Overflow survey, where 54% of the web development community expressed their love for Angular 2+ and only 21.4% for the old faithful AngularJS framework.

The Angular Framework Is the Best Option for Enterprise Projects

Every modern JavaScript framework is better suited for handling particular tasks. Angular is no exception. You can build any type of app or website with this framework. That said, it’s an especially good fit for large, resource-intensive projects aimed at meeting corporate requirements rather than at satisfying individual users’ needs.

One of the main reasons why the Angular framework shines in the enterprise arena is the programming language it uses — TypeScript. It’s built upon JavaScript, and its key benefit is adding strong types like interfaces to this underlying platform. If you’ve ever programmed in languages such as Java, you will greatly appreciate this TypeScript’s feature.

It provides the required code security and maintainability, which is of extreme importance for enterprise applications. Front-end developers can easily spot mistakes in their code when building apps and fix them. That’s a great improvement in comparison with pure JavaScript, where errors often crawl unnoticed into finished products.

Thus, you’ll want to choose Angular 2+ if you need a CRM to keep track of your customer data, an ERP to facilitate managing your business processes, or an efficient payment processing system.

Choosing the Best Development Tool for an Enterprise Project: What the Angular Framework Offers

There are a number of important aspects as far as selecting a good development tool for an enterprise application is concerned, including:

Let’s take a look at what the Angular framework offers in order to provide these vital characteristics to enterprise apps.

What distinguishes the Angular framework from its predecessor, the AngularJS framework, in the first place is the architecture. The new version of Angular treats everything within an app as components. You can think of them as Lego blocks, completely self-contained, each with its own functionality sealed inside.

You can easily take a component from one place of an app and move it to another. Yet, each component has its own pre-defined place in relation to other components. There are parent and child elements. A menu item (a child component) is hosted within a menu (a parent component) and not otherwise.

This arrangement provides a lot of flexibility and other advantages for a  front-end developer. One of them is the way to easily ensure the quality of the application. Since each component is a “kingdom” in itself, developers can precisely identify which of the components produces an error.

The performance of Angular-based apps and websites has improved tremendously since the first version of the framework was released. The development team has introduced a number of efficient speed-boosting mechanisms. Here are just two of these:

A component doesn’t affect the behavior of other app elements. That’s why front-end developers can painlessly extract one from an application and put something more advanced in its place.

This characteristic of the Angular framework also contributes to excellent scalability. You can build new components independently of each other and then simply add them to an app.

Finally, once a front-end developer has spotted an error in a component, they can focus on fixing precisely this building block. There’s no need to dig through the entire app in search of the bug.

Creating apps with the Angular framework is lightning fast. Several important features contribute to this:

The Angular framework has covered a long distance to become a robust tool for building secure, well-performing, and bug-free applications we now know. With TypeScript as the programming language, front-end developers can easily write code that’s easy to maintain and reuse. They can also build and deploy it effortlessly through the command-line interface.

You can use Angular to create all kinds of solutions such as progressive web apps and single-page applications. However, it’s the number one option for building enterprise software, including  ERPs and CRMs.

If you want to try Angular for your next web development project, enterprise or small-scale, the PSD2HTML engineers are always ready to offer you their years-long experience and unrivaled expertise. We are proficient in the use of all the popular JavaScript frameworks, including Vue.js and React.js. We are also experts in mobile development using React Native and Ionic.

Take your business to the next level with PSD2HTML. Let’s talk about your project today! 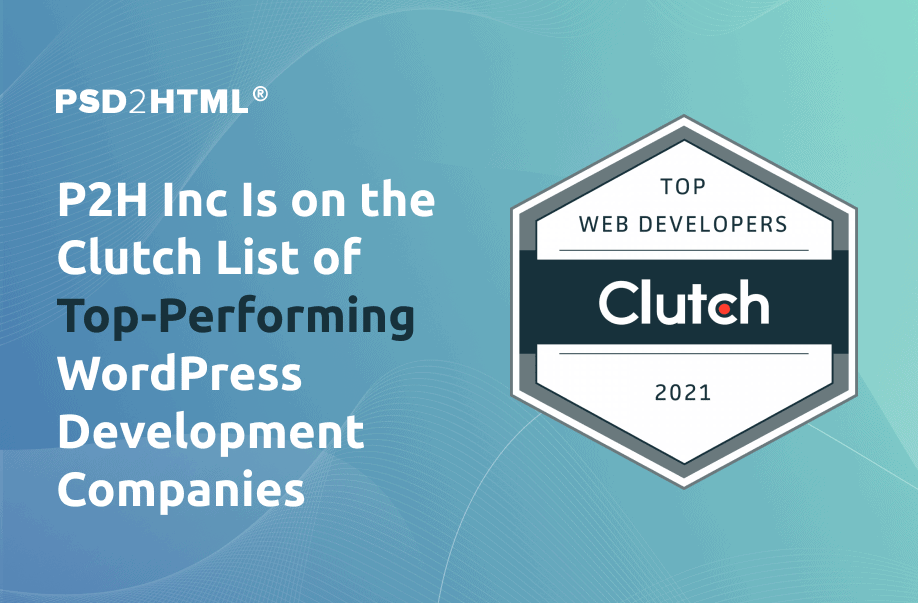 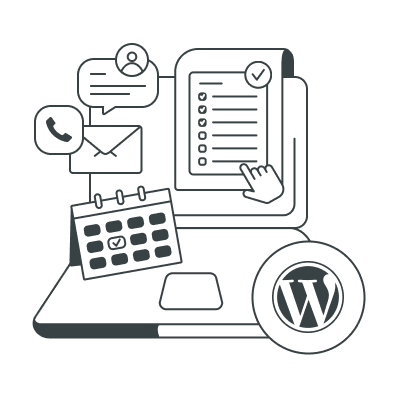 Looking for a perfect calendar plugin for your WordPress website? Check out this comprehensive review. 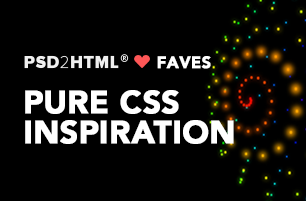 Our Faves: 12 Pure CSS Demos to Ignite Your Imagination

Great coding is all about using the right tool for the job. CSS is an awesome tool and you can get CSS to do some pretty amazing things without a single line of JavaScript. Check out these demos to see how you can push the limit with pure CSS. They are sure to get you thinking […]