Making the right tech choice for your future project is always a challenge. The framework you pick to build your solution will directly affect your future application performance, scalability, and security, along with the development cost, speed, and time.

In this article, we will compare three popular technologies for web application development – React.js, Vue.js, and Angular.js, revealing the pros, cons, and use cases of each of them.

The Concept of a Framework vs. Library

Before putting Angular, React, and Vue head-to-head, let’s examine the most important difference between them. Technically, Angular and Vue are considered web development frameworks, while React.js is viewed as a library.

Compared to a library, a framework is a more comprehensive tool that comes with more features for application development, while a library comes with a set of specific and pre-defined functions only.

That being said, the distinction between a library and a framework is somewhat blurred. Some programmers believe that all the three technologies we discuss in this post are frameworks. Others disagree.

The possibilities of a library as a development tool may seem a little limited compared to those of a framework. However, in some cases, they are enough to build quite a powerful solution.

So, let’s get started with React.js overview to see how this technology can be effective for the web development process, especially when its technical features are correctly tailored to the use case.

React.js is a web development library written with JS. It was created by Facebook and used for front-end development. This is the most popular library and the top-picked technology for web development in 2021 globally, according to Statista.

Developers worldwide choose React.js in more than 40% of use cases, so there is also no surprise that this technology powers famous solutions, such as Instagram, WhatsApp, and The New York Times. That is why React.js has a growing community and large talent pool.

From a technical standpoint, React.js is almost a versatile technology that allows for creating small to medium websites with good performance and clear UI. As for the disadvantages of this library, some developers say that its supporting documentation lacks clarity.

React.js Is Best for

Vue.js is another front-end development framework worth paying attention to in 2022. This is the tiniest framework ever, but its technical power can exceed that of React and Angular. It combines the best features of both solutions but is still easier to use, more flexible, and performant.

What’s more, Vue.js boasts a large talent pool and streamlined development speed. It frequently becomes the top choice for an idea validation process, quick MVP development, and rapid development. The solution’s flexibility is its most outstanding feature, plus it is easy to learn.

According to the State of Vue 2021 report, 60% of surveyed respondents have chosen this technology because it is very intuitive to get started with, and 90% consider Vue.js as the main tool to power their next project. As for the companies already using it, Grammarly and Trustpilot are among the most famous ones.

The talent pool of Vue.js isn’t as large as that of React and Angular. Some developers also say that the flexibility of Vue is sometimes a drawback since, in this case, Vue lacks predictability. The websites created with Vue are also difficult to scale.

Vue.js Is Best for

Angular.js and Its Features

Part of the MEAN stack (MongoDB, Express.js, Angular.js, Node.js), Angular is one of the most popular and ever-green technologies. Google created the framework in 2010 and it is still relevant for web app front-end development. Angular.js continues to evolve. It also has a great community and large talent pool.

Such famous projects as Forbes and Upwork have been created with Angular. According to Stack Overflow, it is also one of the most favorite frameworks among web developers. With that said, React and Vue are still ranked higher. Let’s find out why and what technical features Angular.js has.

Despite all the benefits, Angular.js still has its limitations. Firstly, Angular.js is a heavy framework that’s difficult to master. Some developers also claim that it lacks security. The websites created with Angular may have troubles with SEO as well. That’s why it is chosen for the software intended for internal usage.

Angular.js Is Best for

Angular.js vs Vue.js vs React.js Comparison and Applicability Checklist

Below is a comparison chart of the frameworks we have reviewed above. Use it as a checklist to make the right choice, depending on the specifics of the project, the stakeholders’ expectations, and the technical opportunities each of the technologies can offer.

*The development time and speed depend on specific project requirements. For example, Angular is better suited for building large, complex websites and apps. Thus, it takes more time to complete an Angular-based project.

**Developers’ hourly rates differ from platform to platform. We have taken the numbers in the table from Codementor as an example. As for our rates, they start at $47/hour regardless of the technology.

How to Choose the Right Framework for Your Project?

Angular.js, React.js, and Vue.js are popular and powerful tools for creating web projects. Here is how you can make the right choice step by step, being well-aware of the specifics of each of the technologies.

Angular, React, and Vue can be winning technologies for web project development in 2021, but it is still necessary to carefully tailor them to the use case, keeping their pros and cons in mind.

Searching for experienced frontend developers to build a fast and interactive website or web application for your business? PSD2HTML is exactly what you need. We have been around for the past 16 years and completed thousands of frontend development projects of all sizes and levels of complexity.

We were also among the first companies to start providing React (React Native), Vue, and Angular development services. So if you are planning on leveraging the power of one of these technologies for your next project, we know how to do that right.

Let’s get in touch to discuss the details! 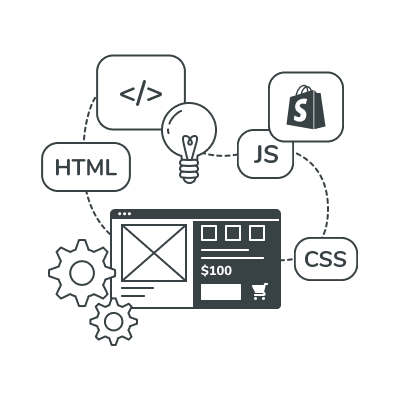 What is a Shopify app? What types of Shopify apps exist? What technologies do developers use to create Shopify apps? Read this post for the answers to these and other questions related to Shopify app development. 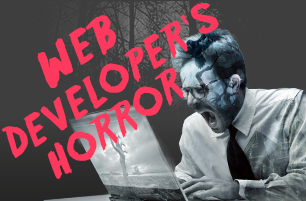 Scary to the Core: 10 Horror Stories for Web Developers

Halloween is fast approaching. You can almost picture the scene. You = at your desk, late at night, working hard on that latest project. Outside = the full moon glows at the window. A chill wind blows. In the distance, a wolf howls… Thankfully, those types of horror-filled scenarios don’t plague us web developers too […] 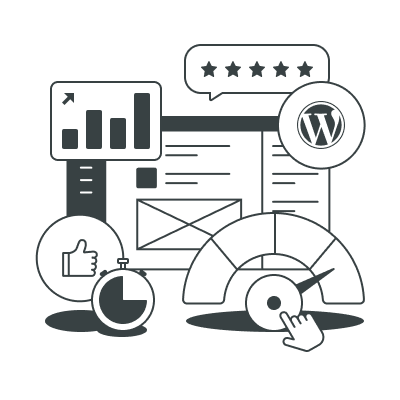 Your WordPress website's speed is an important UX characteristic that can seriously impact your search rankings. Read this post to learn how you can make your site faster to boost your organic traffic.